In the month of February 2014 the heavens opened in the Bvumba and we experienced prolific rains with one of the wettest Februarys recorded in the last twenty years.

The streams and rivers have been transformed into raging torrents – a sight for sore eyes and not to be missed. 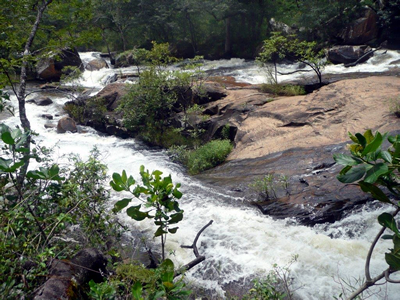 Our Wild Life & Environment (WEPU) walk on Saturday 22nd February took us to the base of Lion’s Head approaching from behind The White Horse Inn. We had a record attendance of nearly 40 people including a contingency of five students from Africa University. After two months of almost non-stop rains we were blessed on the Saturday of the WEPU walk, when the clouds temporary disappeared and blue skies were the order for the morning of the outing.

Experience Madrugada and Bvumba at its wettest and enjoy the montane lowland forest at its lushest and come and walk the little known forest trails that have now been established. 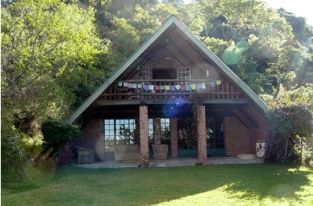 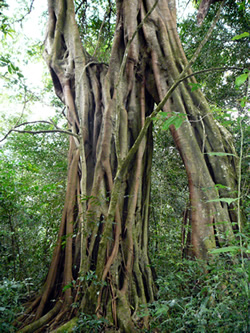 Lord of the Rings tree